Due to its shallow nature, most native small cetaceans in the Persian Gulf are nearshore species. There are three species of nearshore cetaceans distributed through the area: 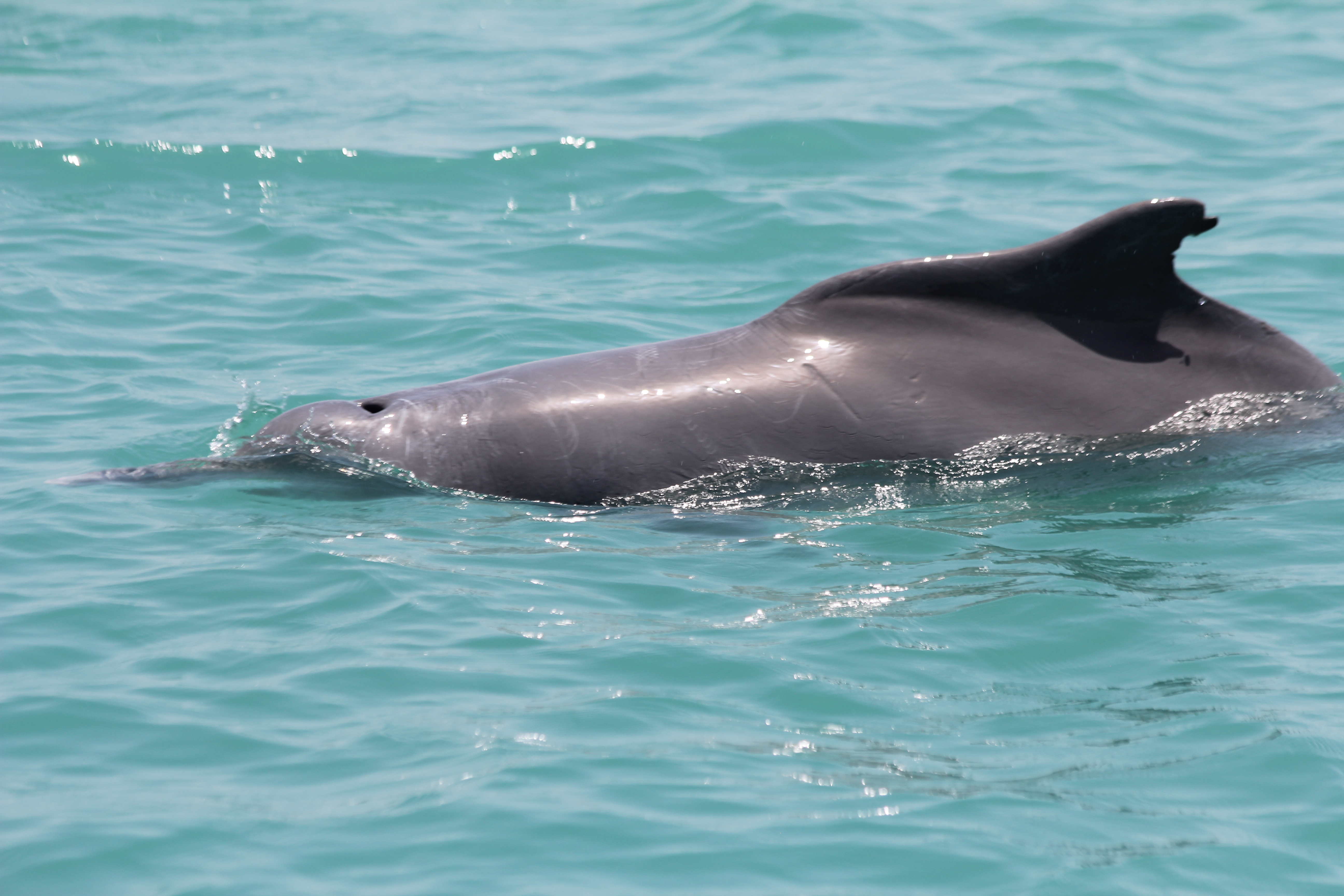 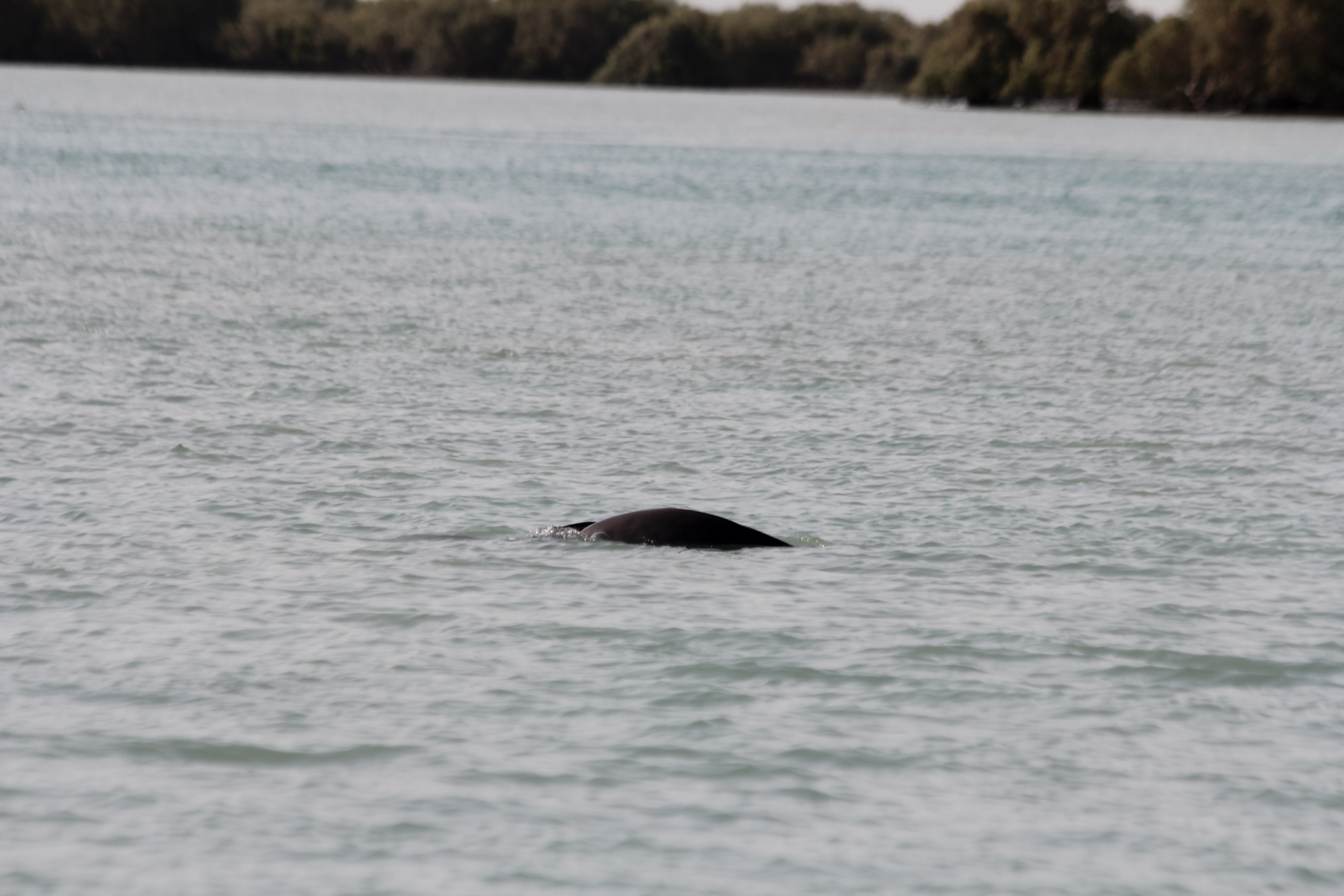 An Indo-Pacific finless porpoise in the Hara Biosphere Reserve, northern Qeshm Island. A dark back rolling at the surface is the typical recorded view of finless porpoises in their natural habitats. Jefferson et al. (2015) hinted that researchers should be careful as finless porpoises may resemble car tires bobbing in the water. The length of this charismatic small cetacean rarely exceeds 1.5 meters. Therefore, it is among the smallest living cetaceans in the world, and is the smallest cetacean in the Persian Gulf. Because of their small size, finless porpoises are shy animals that usually avoid swimming near boats. There are two species in the genus Neophocaena, both of which occur in the Indo-Pacific region, and both are categorized as threatened in the IUCN Red List. The Indo-Pacific finless porpoise (N. phocaenoides) is categorized as vulnerable (VU) in the list.

Our conservation projects for nearshore small cetaceans in the Persian Gulf: