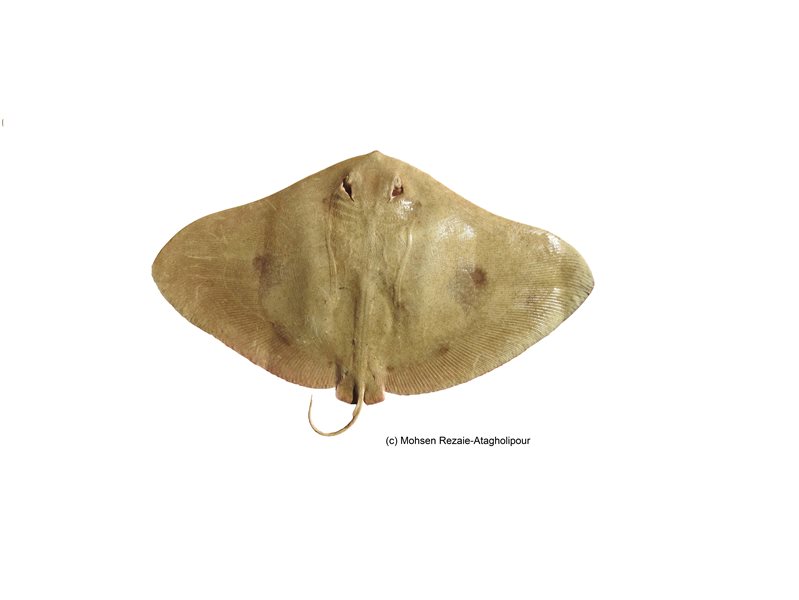 Rediscovery of a presumably extinct ray in the Persian Gulf

The last documented specimen of the tentacled butterfly ray, Gymnura tentaculata, was collected from Pakistan coastal waters in 1986. Therefore, it had been believed to be possibly extinct, until recently when we found a population of the species along Iranian coastal waters of the eastern Persian Gulf and the Gulf of Oman. This finding was published in a short communication in the open-access journal Oryx.

A comparison between available data in the literature and new data collected from this rediscovered population showed that the species has lost about 86% of its total population during three generations over the past 30 years. Therefore, the tentacled butterfly ray is now classified as Critically Endangered (CR) in IUCN Red List of Threatened Species.

As southern Iranian coastal waters appear to be the species’ last stronghold, whether the tentacled butterfly ray survives and improves its conservation status, or becomes extinct, maybe this time for ever, is up to decisions and actions we will make to protect the marine environment and unique marine biodiversity of our country.