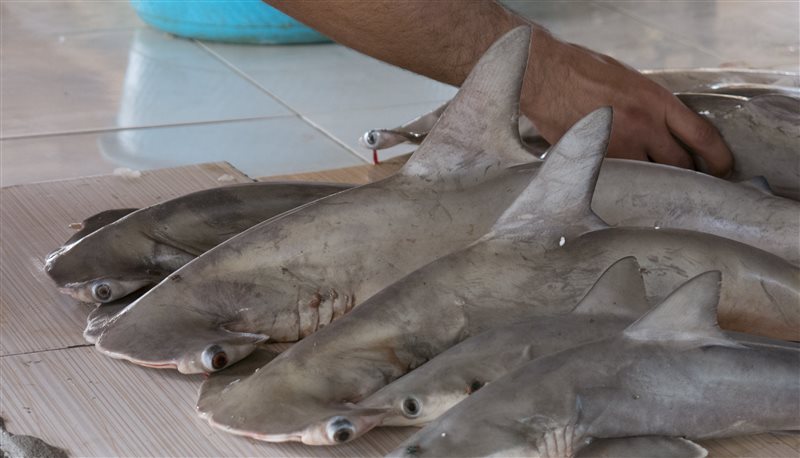 Fishing sharks and rays in Iran: occasional or routine?

These days, photos of some scalloped hammerhead and unidentified (probably pigeye or bull) sharks, were caught and processed by Iranian fishermen, are circulating in social media. These photos have sensitized the public and brought the reaction of the social media users. As a response to these photos, some officials said the photos are not from their region, and some others said the photos were not recent.  But is shark and ray fishing such a rare phenomenon along Iranian waters that officials could easily deny it? Have the necessary measures been taken to protect these amazing but threatened fish in Iran? If so, to what extent these measures have been effective? Should we blame the fishing communities? Should we pose more bans? If not, what would be the solutions?

In an interview with Iranian Students News Agency (ISNA), Mohsen Rezaie-Atagholipour, the QECI’s lead Scientist, tried to answer these questions based on the official statistics and scientific findings. The original interview is in Persian (click HERE), but the highlights include: