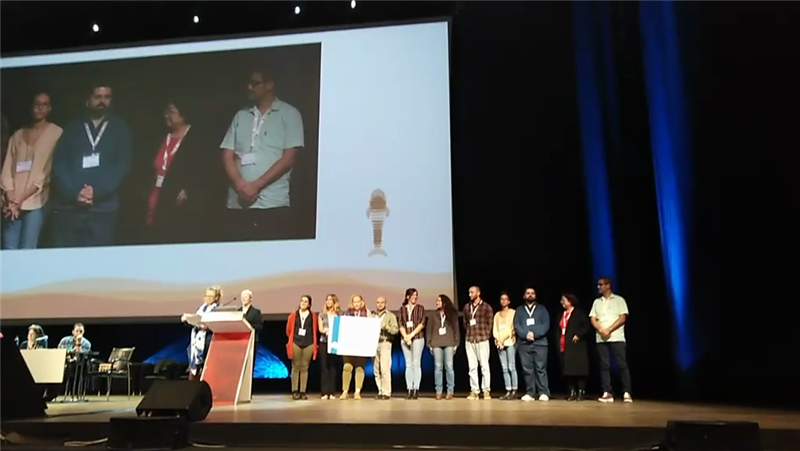 The World Marine Mammal Conference (WMMC) is known as the largest meeting in the field of marine mammalogy. This meeting is held every two years aiming to present and discuss the cutting-edge science regarding more than 130 living mammals that have evolved to live in marine environments. In 2019, this scientific conference held in Barcelona, Spain for 5 days between December 7 to 12, and hosted more than 2000 participants from almost all coastal nations around the world.

QECI was pleased to present a poster about the population features and conservation status of the largest Iranian community of Indo-Pacific bottlenose dolphins (Tursiops aduncus) living in the southern coastal waters of Qeshm Island (download the poster from HERE). The findings presented in the poster resulted from a project implemented in cooperation with and financially supported by the local dolphin watching ecotourism cooperatives of Shibderaz, Hengam and Deyrestan, and also SMM and JICA.

In that conference, and in the general members meeting of the Society for Marine Mammalogy, Mohsen Rezaie-Atagholipour, the director and lead scientist of QECI, was called on stage along with other award winners as the recipient of two awards, the Small Grant in Aid of Research, and WMMC’19 travel grant. Mohsen also invited to participate in some expert meetings held on the margins of the conference.

To read more about the conservation project of this news, please click HERE