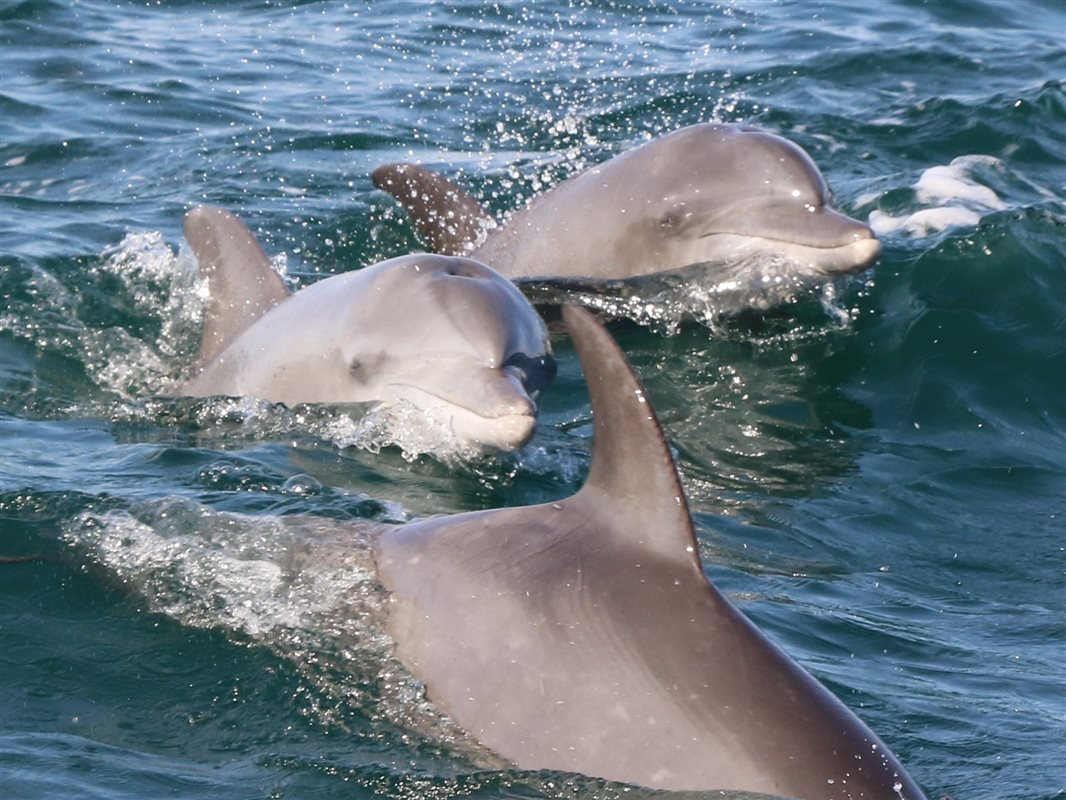 Indo-Pacific bottlenose dolphins (Tursiops aduncus) are widely distributed and abundant in the Persian Gulf, which could be a reflection of their inshore habits. The largest known community of this species within Iranian waters lives in Dolphins’ Bay Natural Heritage Monument, an area of approximately 9,700 hectares lying in the narrow channel between Hengam and Qeshm Islands in the eastern Persian Gulf. The bay is a nationally protected area hosting several threatened and charismatic marine species (e.g. sea turtles, small cetaceans and coral reefs). Since 2003, boat-based dolphin watching tourism activities have commenced in the area, and the bay is now known as the only dolphin watching site in Iranian waters. Consequently, the Indo-Pacific bottlenose dolphins not only play an important role as apex predators in the ecosystem, but also the livelihoods of hundreds of families living in three villages surrounding the bay is tied to their presence.

Although  this bottlenose dolphin  community, the largest in Iran, suffers from  year-round unregulated  fishing activities, and very high tourism boat  traffic at certain times  of the year, no information is available about  their abundance,  movement patterns and conservation status in the area.  Therefore, we  have started a series of boat surveys to collect data from  dolphins and  their interactions with anthropogenic activities (e.g.  fisheries and  dolphin watching) in the area. The main goals of the  project are to:

3)  Investigate the community  structure (e.g. the proportion of females,  males, juveniles and calves)  and home range of the dolphins.

Thanks   to the financial support of the Japan International Cooperation Agency   and local boat-based dolphin watching co-operatives, the first phase  of  this project was successfully carried out at the end 2017, and early   2018. However, to make a comprehensive database, we need to extend our   surveys for one more year. Therefore, another small grant can help us  to  provide a clear insight into the conservation status of the most   important known community of Indo-Pacific bottlenose dolphinsalong the   Iranian coast.