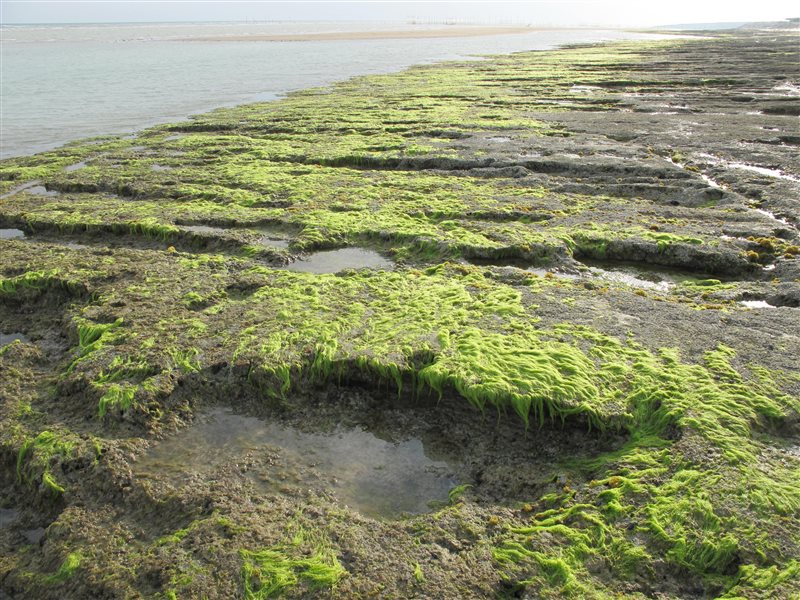 Well-fed in a food shortage! What studying feeding ecology of the Persian Gulf’s green turtles tells us?

Coastal habitats of the Persian Gulf contain vast resources of seagrasses and seaweeds providing food for herbivores living in this body of water, including dugongs and green turtles. However, these plant resources have a non-uniform distribution in marine habitats. These benthic plants are mostly abundant along shallow coastal waters of the southeastern Persian Gulf. For example, Emirati coastal waters alone contain more than 80% of all the Persian Gulf’s seagrass beds, hosting the world second largest dugong population. On the other hand, seagrass and seaweeds are not abundant along most parts of the Iranian coastline due to their generally deeper-water environment and lack of adequate substrates. However, even these food-poor habitats host large communities of green turtles. But then how can these large herbivorous marine reptiles overcome the food shortage of the habitats? To answer this question, QECI biologists studied population structure and feeding ecology of green turtles foraging surrounding Qeshm Island located at the eastern Iranian Persian Gulf, where its benthic environment appears relatively food-poor compared to vast Emirati seagrass meadows. The results of this study, published in Marine Biology, showed that two ecological features allowed green turtles to successfully graze along food-poor habitats.

The first is size-based habitat segregation led by differentiation in food resources. Large sub adult and adult green turtles prefer to aggregate in vast and abundant seagrass meadows and avoid the habitats with food shortage. Obviously because there is not enough food for them. However, food resources in these relatively food-poor habitats are sufficient for small juveniles. So, it is hardly surprising that more than 90% of turtles collected from coastal waters surrounding Qeshm Island were small juveniles (curved carapace length smaller than 65 cm), while more than 90% of foraging green turtles collected by other researchers from Emirati seagrass meadows were large sub-adult and adult turtles. The second ecological feature is the ability of juvenile green turtles to occupy various dietary niches in food-poor habitats, meaning different individuals in the same habitat consume different food items simultaneously, which automatically reduces demand (and competition) for a specific food item.

As even the relatively food-poor habitats in the Persian Gulf play an important role in the lifecycle of threatened species like green sea turtles, QECI research team suggests that before establishing any coastal development project, Environmental Impact Assessments (EIA) specifically addresses how it may affect the health of benthic communities of fauna and flora in the area.